By joshAugust 2, 2014The West from above 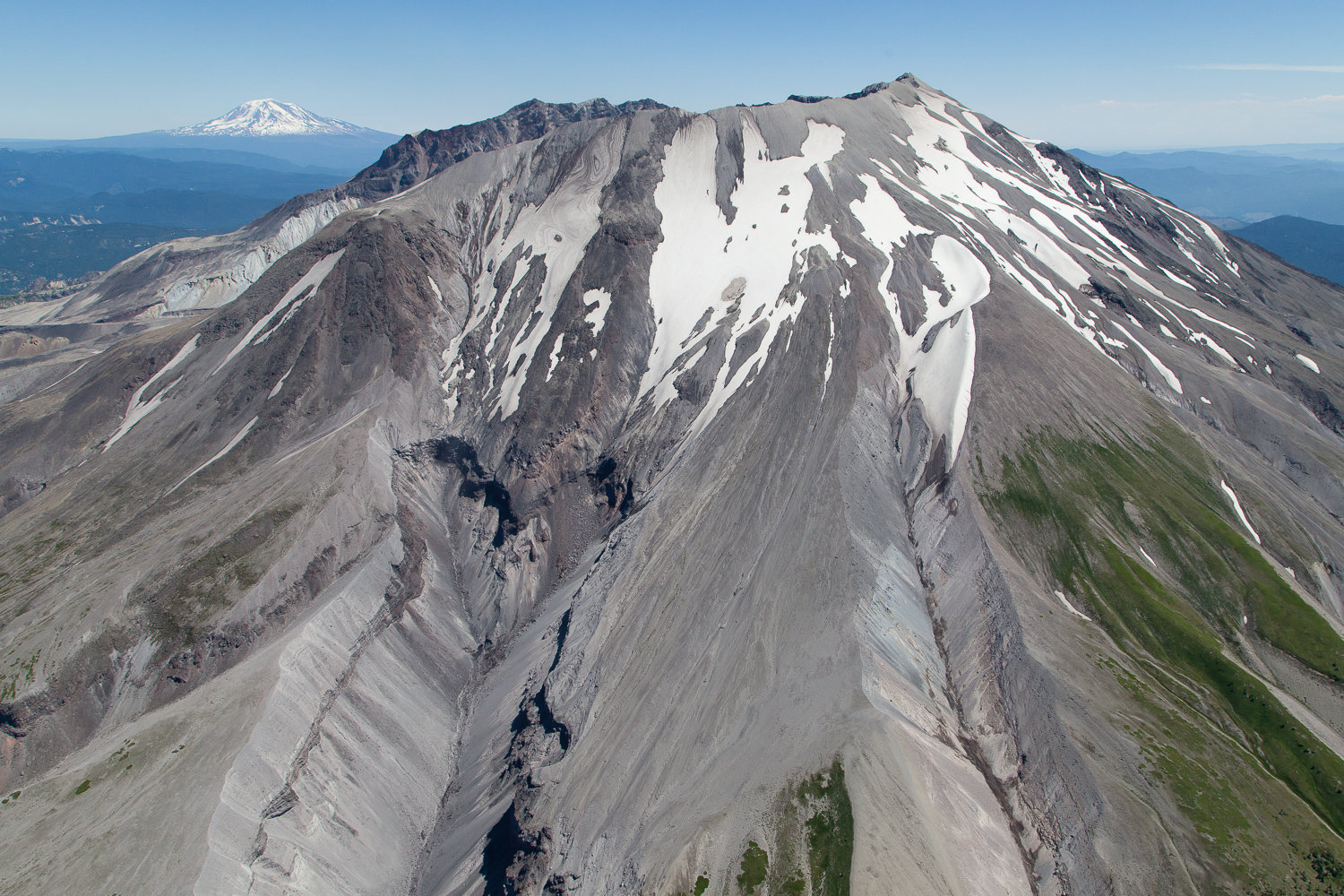 It began without planning when we flew around Mt. Shasta.

By choosing the most interesting route north, we have shadowed the Cascade Volcanic Arc, a line of volcanoes that stretches over one thousand kilometers from northern California into British Columbia, Canada. Part of the “Ring of Fire,” the Cascade Arc includes the well-known volcanoes Mt. Rainier, Mt. Baker and Mt. Adams, but it’s Mt. St. Helens that stands alone in its recent activity. From the south, the peak appears to be a perfect cone, but from the northwest, the scale of the 1980 eruption becomes immediately obvious. It’s as though someone took an enormous icecream scoop and removed half of the mountain.

Competing with the mountains for scale, the Columbia River and its tributaries form huge arteries carving through the landscape. From the air, the area’s dependence on the river is clear; farms, vineyards and orchards all draw irrigation water from it, hydroelectric dams slow its passage, heavy industries line its shores and bulk cargo ships navigate its waters. 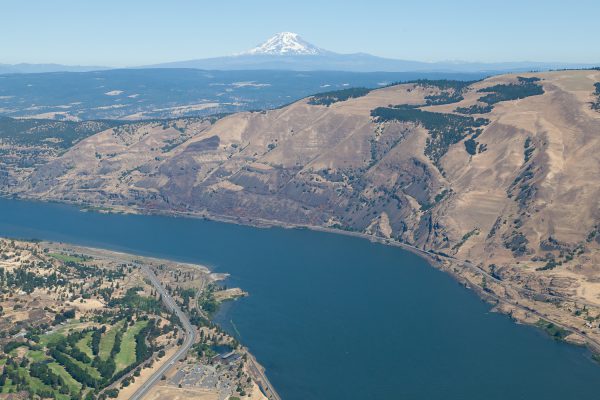 The Columbia River with Mt Adams in the background 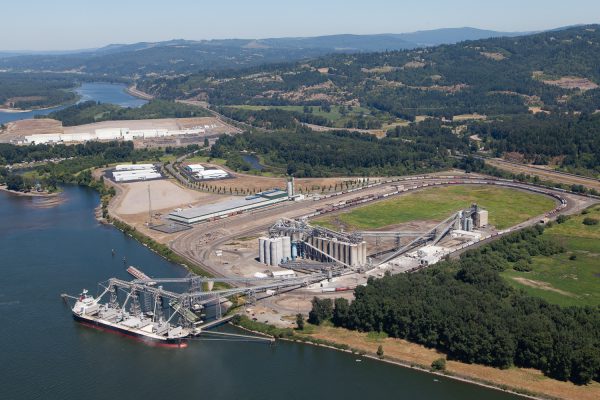 A bulk carrier loads grain on the Columbia 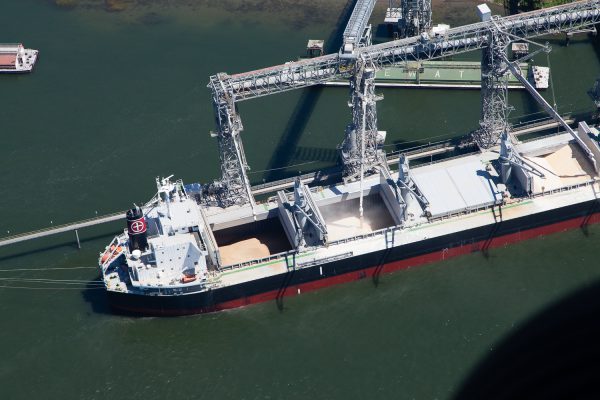 A bulk carrier loads grain on the Columbia. 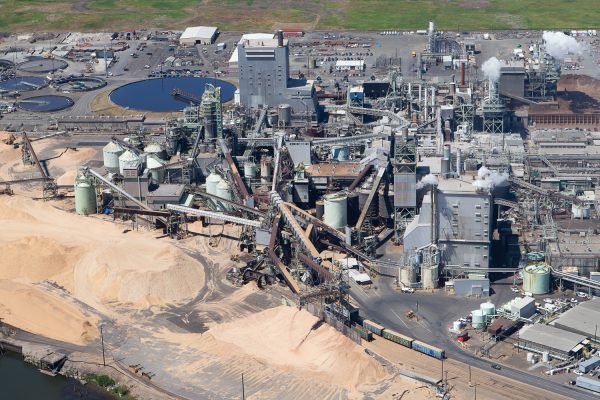 A paper mill on the Columbia. 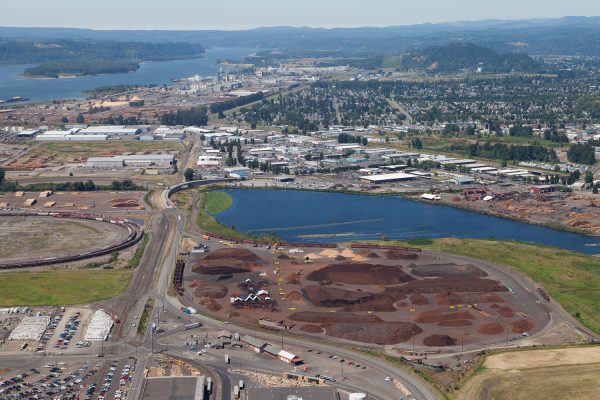 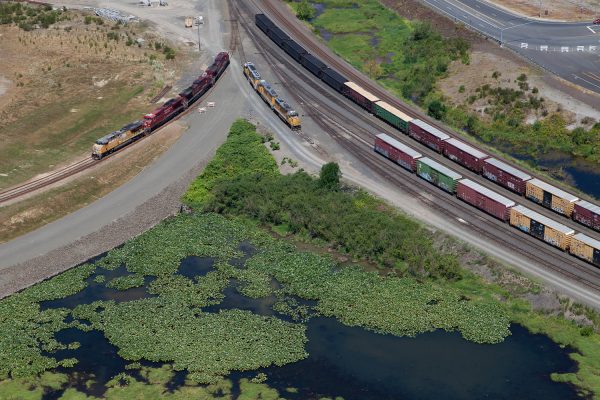 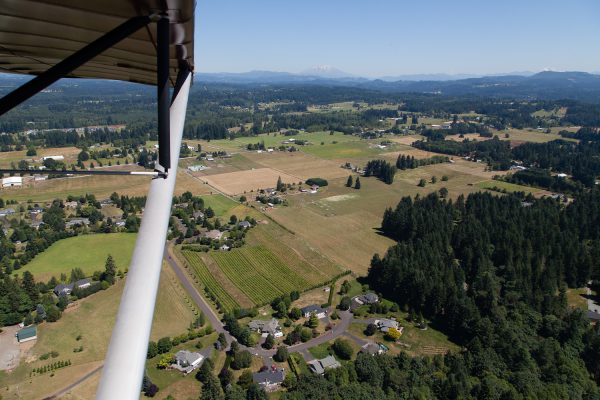 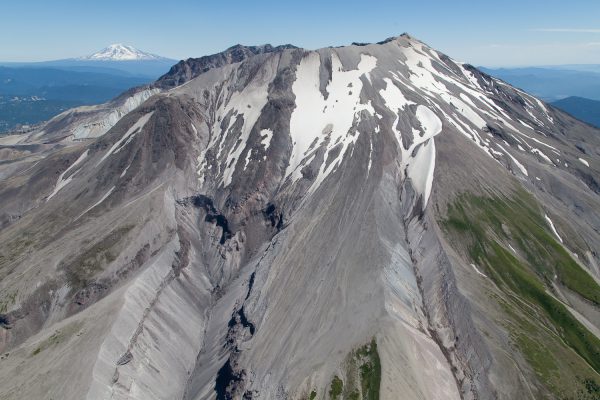 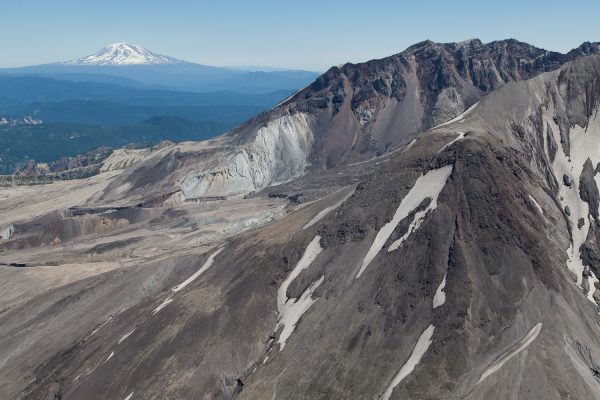 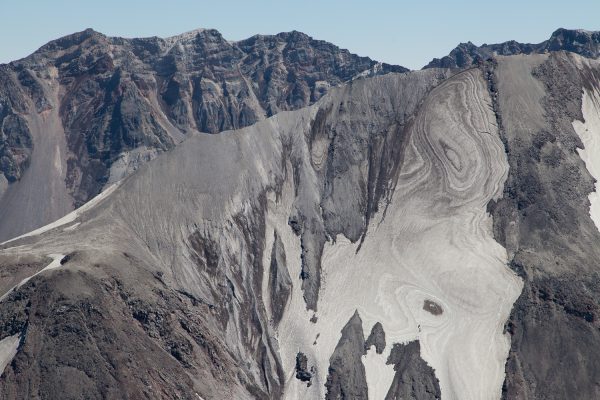 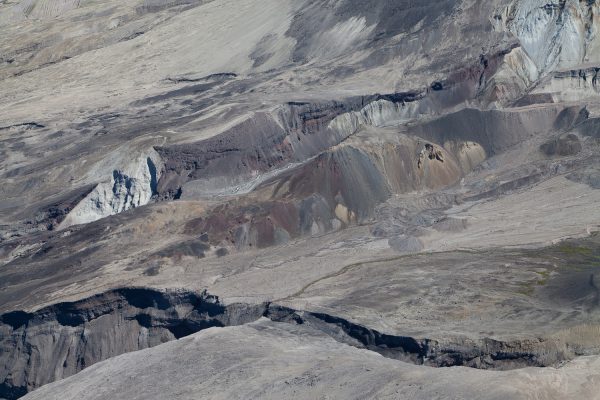 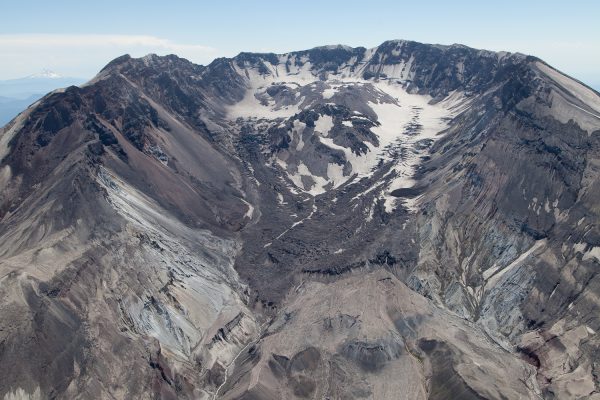 The crater of Saint Helens 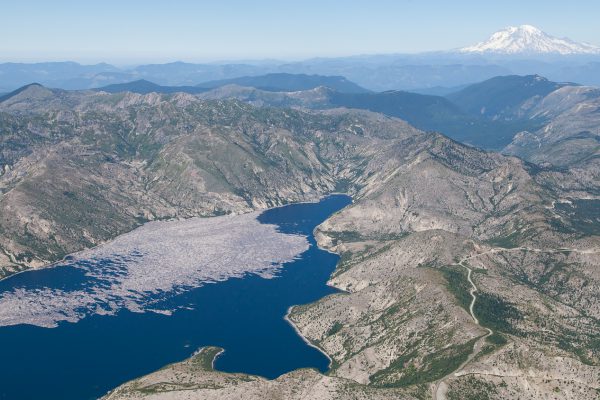 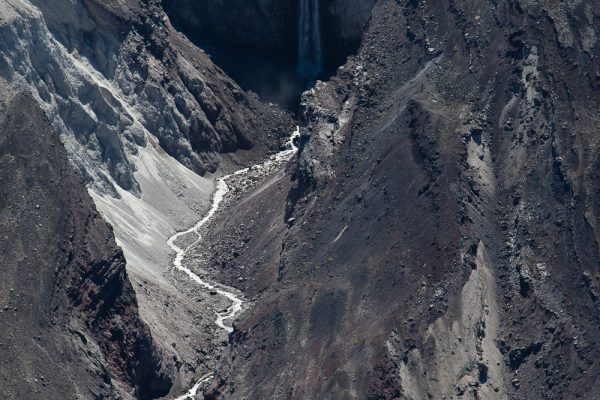 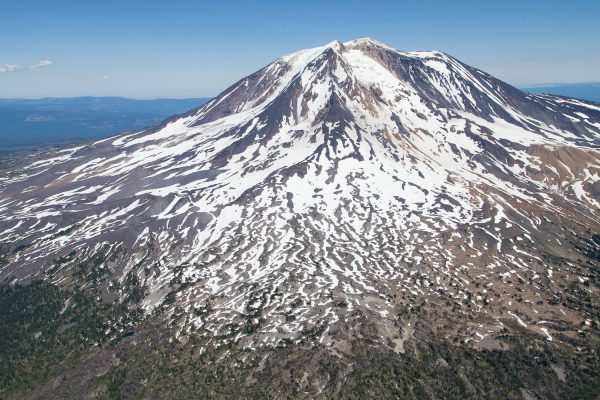 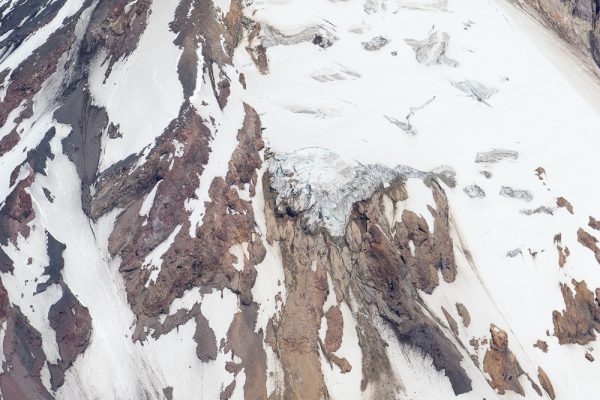 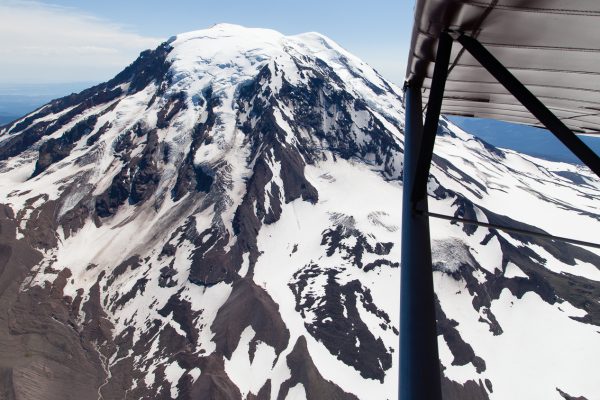 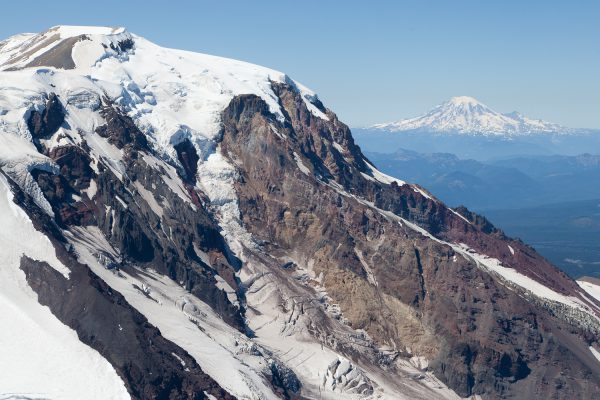 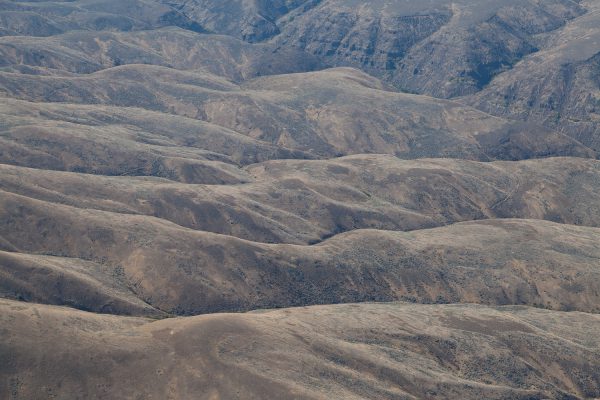 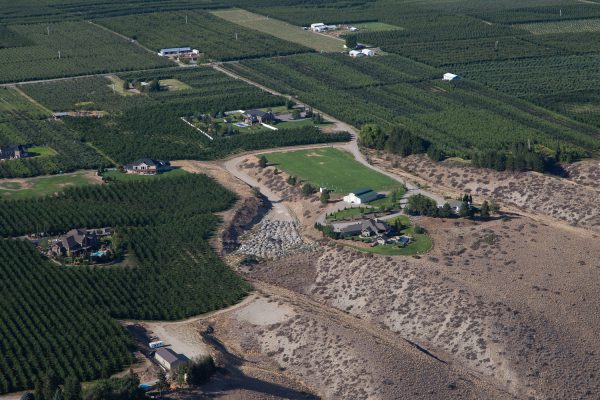